AN UPDATE ON HURRICANE IDA 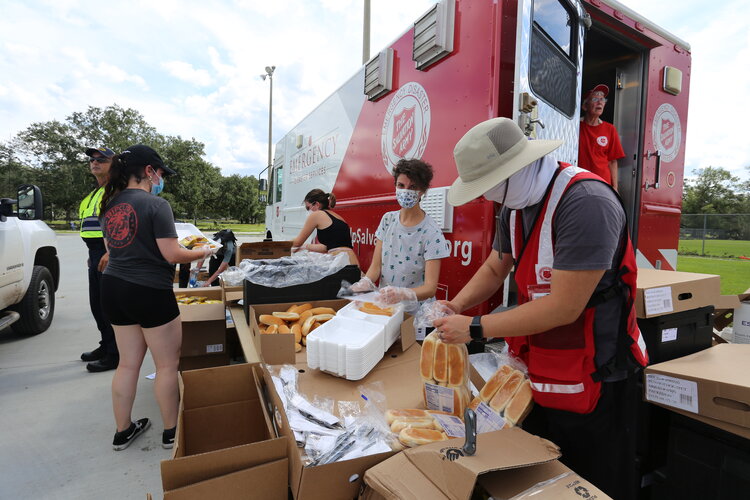 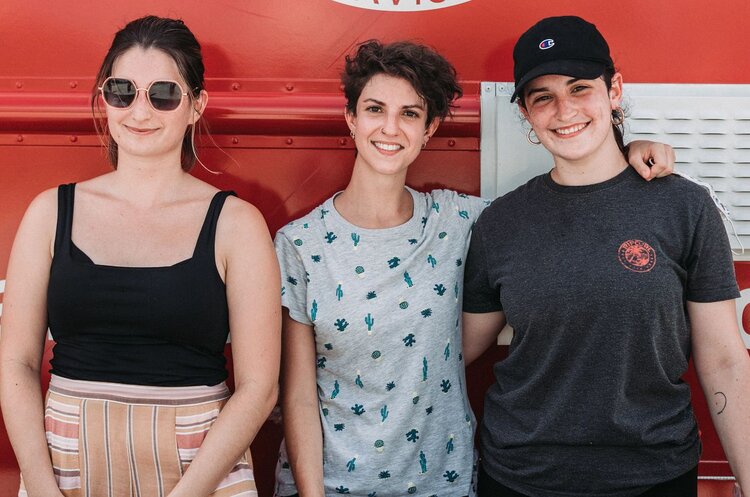 The Salvation Army provides food, drinks, shelter, emotional and spiritual care, and other emergency services to survivors and rescue workers when disasters strike. We’re sharing a few things your local Salvation Army is doing in response to Hurricane Ida.

We lean on volunteers who make our work possible, like The Salvation Army's Captain Dante Salgado and his crew who inspired international students from Spain to join in the relief efforts.

Alicia, Nuria, and Paula are international music students from Spain in the master’s program at Southeastern Louisiana University in Hammond. Alicia read on Instagram that lunch would be provided at the park, so the friends ventured out on their bicycles to see what they could find. They have been without power since Hurricane Ida moved through the area on Sunday evening.

The students have been in Louisiana for less than a month as classes started on August 9th. The news of an approaching hurricane was particularly frightening and daunting for the girls. “I was very afraid as we don’t have hurricanes in Spain,” said Nuria. “We put our clothes and belongings into bags and left our instruments in the music school as we didn’t want them to be damaged.”

Hurricane Ida caused loss of power in Hammond along with many other communities in the region. “The power went out about 6 PM on Sunday. We prepared for the worst and stayed in our apartment once the storm began,” said Alicia.

The women were among the first to greet Captain Dante Salgado and his crew once the mobile kitchen was in position. “We had just started to set up, and they asked if there was anything they could do to help,” said Salgado. “In no time at all, they were behind the serving table passing out hot dog plates and water to the line of cars. They took over the entire operation!”

After more than two hours serving grateful individuals and families from the community, the last plate was served. “We were very sad in our apartment this morning and came out today to find some help for ourselves,” said Nuria. “After meeting up with The Salvation Army team, it was so nice to help other people in the same position as us, without power, and struggling.”

“We prepared for the storm as best we could. Other than losing power, we are fine,” said Alicia. “It was good to get out of the apartment, and I enjoyed helping today.”

On Tuesday, the team served 1,748 meals in Hammond, enjoying great support from the community and local law enforcement. The East Harris mobile kitchen will continue service in Hammond on Wednesday, along with ten additional units from Texas working in other communities. Seven additional units arrived on Tuesday evening from The Salvation Army in Oklahoma, Arkansas, to support response efforts.

Paula said, “I was feeling very homesick this morning, missing my family and my boyfriend. I like it here, but my English is not great, so sometimes it can be very difficult and discouraging. It was hot and hard work, but it felt good to help. There were so many people! I’m hoping we can come back and help The Salvation Army again tomorrow.”

As The Salvation Army responds to this disaster, we ask you to join in prayer for our neighbors in Louisiana, our deployed disaster relief crews, and our team in Houston welcoming people displaced by the storm.

A gift to The Salvation Army helps someone in your community.

Do Good in your community

Join us throughout the week for worship, fellowship, Bible study, meals, community service and fun.